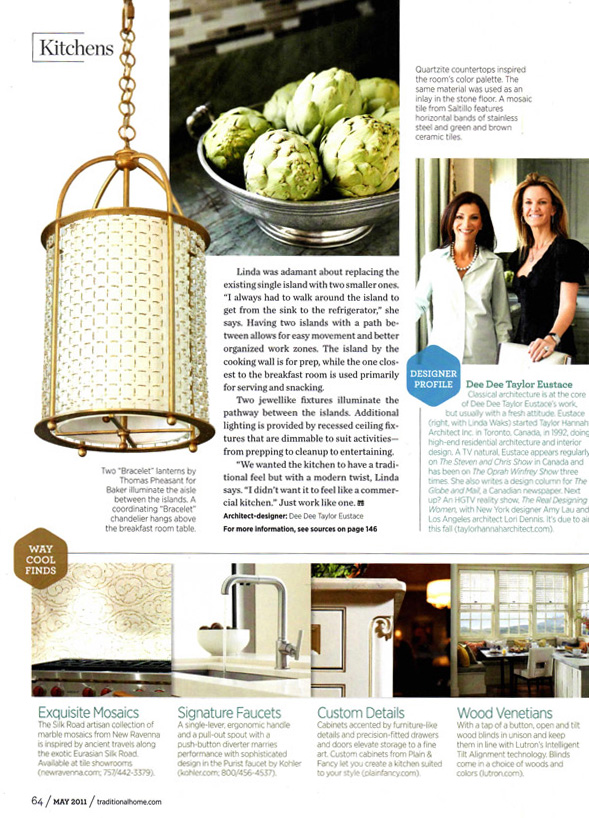 Classical Architecture is at the core of Dee Dee Taylor Eustace’s work, but usually with a fresh attitude. Eustace started Taylor Hannah Architect, Inc. in Toronto in 1992, doing high-end residential architecture and interior design. A TV natural, Eustace appears regularly on The Steven and Chris Show, and has been on the Oprah Winfrey show three times. She also has writes a design column for The Globe and Mail, a Canadian newspaper. Next up? An HGTV reality show with New York Interior Designer Amy Lau and Los Angeles architect Lori Dennis. It’s due out this fall.

Our interior designer partner,  Lori Dennis, is written up about her staring role on the HGTV television series The Real Designing Women.  The show follows Lori and our construction team as we work on remodeling kitchens and bathrooms, and building luxury homes in Southern California.